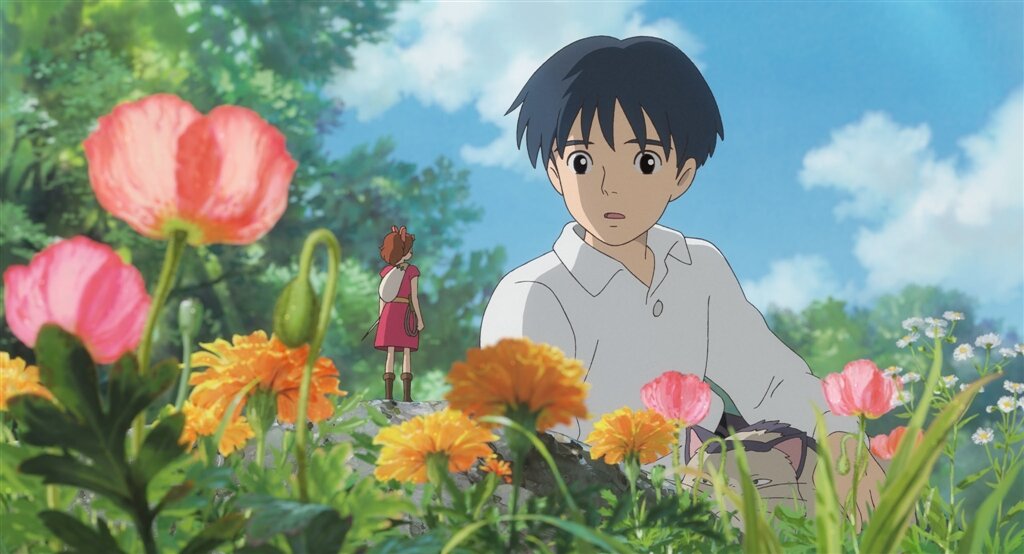 There are two types of Hayo Miyazaki films. The epic fantasies - Spirited Away, Princess Mononoke, Nausicaä - and the domestic fantasies - My Neighbour Totoro, Kiki's Delivery Service, Ponyo and now, Arrietty. Miyazaki may have only written Arrietty's screenplay, but his fingerprints are all over it.

It's an adaptation of The Borrowers, a 1952 book by Mary Norton - not just a mid-90s television show featuring groundbreaking blue screen effects. Essentially, it's the story of a young boy whose health problems (a congenital heart defect) keep him at home and away from other children. He's sent to his aunt's house to relax before his operation. This is no ordinary house, however, but one inhabited with tiny, mouse-sized people who “borrow” household objects and re-purpose them for their tiny lives.


It does pass the DIMGMWRKW test, but with a B- because I only cried once and I kind of knew why. Nevertheless, there are some beautifully touching scenes, and overall it's been very well adapted for film whilst remaining true to its pleasantly twee origins; if you like twee, then this is the film for you.


Another element of the adaptation that's very faithful is the focus on the mechanical realities of being very tiny. It's a genuine curiosity in the world that's utterly charming. Real effort has also been put into the visual design of the insects to make them cute, while still looking like real insects (Miyazaki loves his insects), as opposed to, say, being horrifying monsters capable of eating half the cast. The stand out animal, though, is the grouchy, Totoro-patterned cat. With the skilled animation Ghibli is famed for, he becomes a superb clown.


One can certainly imagine Old Man Miyazaki (who retired, only to return with Ponyo in 2008) sitting on his porch in some rural prefecture, listening to the cicadas and typing away at his gentle adaptation. If you want to go and see a summer film with your grandparents, Arrietty would be the number one choice. If you want to see it with children... well, it depends on how much Ritalin they're taking. The film never builds up to dramatic heights of his earlier works (the DIMGMWRKW moment comes two-thirds through, rather than at the climax) and there are interesting elements set up that never get a pay-off.


Honestly, though, any Ghibli film is normally worth a trip to the cinema. The animation is always world class and the dub is, as ever, excellent; Ghibli are willing and able to attract top talent suitable for the roles, notably Mark Strong as Pod and Saoirse Ronan as Arrietty. It's a peaceful, charming film, and there are too few of those these days.


Arrietty is the perfect Sunday afternoon film. Miyazaki's gentle, faithful adaptation of the children's classic is the ideal way to soothe your ketamine and Danish vodka hangover. (I know what you film geeks are like. Degenerates.)

What did you think?